Imagine a visit to the Holy Land!

In one of the later scenes of the award-winning film “Lincoln” the American president and his wife are seen riding in a carriage discussing their relationship and their dreams for the future. At one point, Lincoln looks off into the distance and muses about visiting the Holy Land and walking in the footsteps of David and Solomon. 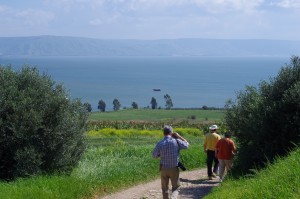 Walk the path leading to Capernaum on the shores of Galilee.

Those sentiments, expressed in the late 19th century, have echoed in hearts and minds of Christians for almost two millennia. There is a deep, spiritual longing to “walk where Jesus walked” and place the words of the Bible into a geographical context. To help trace those footsteps, the Israeli Government established The Gospel Trail, a 62 km-long hiking or biking route from Nazareth to Capernaum on the Sea of Galilee. Broken into four stages, the route features 25 significant sites in the life of our Lord.

As one would expect, the trail begins in Nazareth, home of Mary, Joseph and Jesus. Archeologists estimate its population at the time of Jesus at less than 500. Today it is a busy city, predominantly Muslim Arab-Israeli with a population of about 65,000.

Mass in the Church of St. Joseph.

Tour buses navigate its narrow streets delivering pilgrims and tourists from around the world to the beautiful Basilica of the Annunciation. Tradition says the church is built over the house of Mary, and an adjacent smaller, older church near the house of Joseph. Built in 1969, the basilica is a modern version of two previous churches on the same site built in the Byzantine and Crusader eras. The architect, Giovanni Muzio created a unique space that incorporates the traditional site of the Annunciation. A large portion of the floor in front of the altar is cut away to expose an ancient grotto below said to be where the Angel Gabriel greeted Mary.

Lining the basilica’s walls are large pieces of artwork portraying the Virgin Mary donated from around the world, including Canada. A portico surrounding the building features additional international interpretations.

This internationality is reflected in the visitors to all the Holy sites. It’s not unusual to encounter a group of African Christians spontaneously breaking into song, swaying as they sing their rhythmic hymns. Israeli tour guides, all government-trained, speak multiple languages providing the biblical, historical and cultural context for their international guests.

Travelling from Nazareth to the Galilee is to experience a changing landscape. The stark hills and rocks of Jesus’ home town slowly give way to rolling hills and lush vegetation (depending on the time of year) as you descend into the Plain of Gennasaret surrounding the Sea of Galilee (Kinneret).

Churches throughout the area bear witness to the Sermon on the Mount, feeding of the 5000, and Jesus’ post-resurrection meeting with Peter. 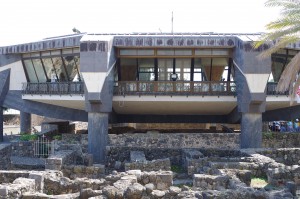 The Church of St. Peter’s House is built over an ancient church built to preserve St. Peter’s house.

Of special interest is Capernaum – “The Home of Jesus.” Most of its ruins date back to the time of Jesus. Remnants of walls outline what was once a compact town. The foundation of the large synagogue is original to Jesus’ time and excavations have revealed what is believed to be the house of St. Peter. Like the Basilica of the Annunciation, the Church of St. Peter’s House is built over the ruins and a glass floor allows visitors to view the site from above.

Current archeological digs along The Gospel Trail include Migdala/Magdala, home of Mary Magdalene. It’s not too far from Capernaum and on one of the routes to Jerusalem.

A highlight for visitors is sailing on the Sea of Galilee. Once away from the shore, you can appreciate the landscape and pick out the various churches built to commemorate and remember key events in the life of Jesus. Two of my own trips on Galilee have been on calm waters, but on my most recent visit, we had to take a different route because of rough waters. Strong winds still create stormy seas just as in Jesus’ time!

Touring through this region of the Holy Land provides insight into so many parables and Gospel stories. You see the rocky soil and good soil mentioned in the Parable of the Sower; imagine thousands sitting in a natural amphitheatre listening to Jesus; experience the dust that required foot washing; measure the distance from Capernaum’s synagogue where Jesus spoke then went to heal Peter’s mother-in-law.

The Galilee experience seeps into your soul enriching your faith and empowering you to continue walking the walk. 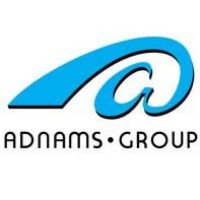